Since the beginning of garage rock, the northwest sound, grunge, or whatever anyone calls it, the Sonics set the precedence and the pace, and the sound that gave to every musician and band that followed the inalienable right to take rock to the edge of the universe, to explore the possibilities, to get out of the rut, experiment, and to scream your guts out, that you have arrived, and to continue that thought.

The Sonics have remained the most recognized sounds ever listened to by aspiring musicians and multitudes of fans around the world.

The band in its early stages, began in Larry and Andy Parypas living room with a couple of Sears bought guitars and an early unidentifiable bass.  Their mom played some guitar and would encourage the boys to get it together.  She loved rock, and was an early inspiration.

But it was in early 1963 where the band came together, with skin basher Bob Bennett on drums making them sound like cannons with each beat, and later on, the addition of gut wrenching screamer songwriter piano player singer Jerry Roslie and fellow musician friend, sax player Rob Lind, forming the original Sonics.

Originally from Tacoma, Washington USA, the SONICS are claimed worldwide to be the first punk band, or garage, or hard rock, or alternative, setting the stage for all that would follow. The Sonics are still based in the Northwest USA.

The Sonics songs and precedent music creations began in 1964, with a visit from Etiquette Records co-owner Buck Ormsby, following a friend of the band plea that he check out the group.  The meeting took place at a rehearsal in Bob Bennetts garage.  Not too impressed with the performance of cover songs, asked if they had any originals.  A killer riff was played, but the lyrics didnt work.  Two visits later and a change in lyrics, the song The Witch was born.  The Sonics first 45 single was released on Etiquette Records in 1964.

Because of the power unleashed by the Sonics recording and unprecedented sound for the times, many stations were hesitant to play the record.  Etiquette had an in with several A stations and also what were called B stations.  The B stations were a bit easier and open to new sounds and especially local and regional groups recordings.  They began the assault on the publics brain with the first plays of The Witch which took off like a bullet sending it screaming up their charts.  This became the launch that helped force the A stations to give it a shot.  Overnight, after six months of promoting the Sonics first single, they became the band to see, the new sensations, the bad boys of rock.

The new enlightenment, and the bands acceptance by music fans and DJs, demanded the bands first LP. Here Are the Sonics was recorded in Seattle, Washington late 1964 and released early 1965 to raves.  This established the Sonics as one of the most progressive and popular rock bands in the Northwest.  Originally released as a replacement for the original B side of The Witch the Sonics original Psycho became another brutal musical attack on the establishment and had to be played on all radio, again reinforcing the fact the Sonics were not going away.  The bad boys of rock were raising hell with their new found glory, while hordes of fans would pack ballrooms and dancehalls waiting to see their new heroes.  Etiquette Records planned for the next album, commandeering a small grocery store front studio in Tacoma Washington to record various Etiquette artists including the Wailers Out Of Our Tree single and LP.

The classic The  Sonics Boom LP recorded in late 1965 and released in 1966 was the final Sonics album recordings on the Etiquette label.  Both albums feature the most daring and dynamic rock music ever put to 2 track tape.   The Sonics Boom simple black and white album cover is one of the most recognizable work of LP art in the world.

The original photo was taken by Northwest premier photographer Jini Dellaccio and used in the jacket designed by Zane Baker.  The Sonics 60s  recordings have remained the most recognized sounds ever listened to by aspiring musicians and multitudes of fans around the world.

The Sonics left Etiquette Records in 1966 to join with Seattle label Jerden Records.  Soon after recording their first LP with the label, the original band decided to retire from the scene.  Going their separate ways they individually kept performing in various music endeavors but the flame was dampened.

Following their early retirement from being the SONICS they left a legacy and decades of fans who continued to spread the word and the music.  Still revered, in late 2007 the Sonics regrouped and reignited on the scene in Brooklyn, New York headlining two sold out shows at the Warsaw.

The Sonics return has sparked international promoters, journalists, reviewers, festival organizers and hordes of dedicated and new fans to embrace the group who’s music has thrilled and inspired so many for so many years.

Following in 2008 the Sonics performed theatres and festivals:in London, Barcelona and Bilboa Spain, Belgium, Sweden, Norway, and Vitoria, Spain.   They returned to Seattle to headline their sold out concert at Seattle’s Paramount Theatre where they performed their last ’60’s concert in1973.  The Sonics headlined the Ink & Iron Festival in Long Beach, CA June 6 ’09.

The Sonics accepted an invitation to perform at South By Southwest (SXSW) 2009 in Austin, Texas in March,2009 at Emo’s.  SXSW is Attended by music industry, including over 1000 music groups and artists from all over the world performing nightly during the event.   Aclaimed as one of the most memorable concerts since SXSW began, they were invited to headline at NXNE in Toronto June  ’09, performing on the main outdoor stage in Yonge-Dundas Square.

The Sonics recently replaced bass player singer Don Wilhelm with long time friend and bass player singer Freddie Dennis.  Freddie is a dynamo, mover and rocker, who various band members have performed with in various music jams and events.  Freddie is a welcome addition to the group and will add a different dynamic in replacing consummate pro bassist and singer Wilhelm. 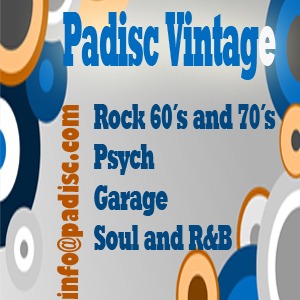 Medium Cool. Vital late-'60s film, dissection of the visual politics of "truth," and its awareness of how coolly... fb.me/VAMataI7